In Vancouver proper, there are only 114.97 km2 (44.39 sq mi) of space, and personally, we now have to let go of the idea that we can all live in a single family dwelling.  I am hoping to tackle affordable housing, like all of the other candidates running for office, but my ideas are to use space creatively, and allow unusually-sized buildings, such as modular housing, laneway housing, tiny housing, wood houses, shipping crate homes, wood pallet homes, hemp concrete homes, co-op housing, prefabricated housing or micro homes like those found in Japan.

If we can’t find the answer, let’s turn to other places in the world to see how they have attempted to solve their issues and learn from them.  Not everything will work, but it is better than not trying at all!  I will be adding to this list, as soon as I hear other ideas.

How about this idea from Hawaii:

housing that could be easily adapted to meet the present and future needs of the occupants. Adaptability will become increasingly important as our population ages. As lifestyle changes, and as we witness an increase in home-based activities and new technologies.”

Solving homelessness:  (various countries, such as Finland tried this).

The optimal solution, a group of four experts appointed by the Ministry of the Environment in Finland found, was Housing First. “Solving social and health problems is not a prerequisite for arranging housing,” they observed. “Instead, housing is a prerequisite that will also enable solving a homeless person’s other problems.” One of those goals was to cut the number of long-term homeless in half by producing 1,250 new homes, including supported housing units for tenants with their own leases, and around-the-clock presence of trained caring staff for residents who needed help.

Munich, Germany’s third largest city, with a population of 1.3 million, conditions are comparatively good; public support, partly in co-operation with charities, helps to alleviate the plight of the homeless. Among the numerous general facilities for the homeless are centres and overnight accommodation specifically for women (with or without children); residential establishments for ex-prisoners and those in danger of committing offenses; live-in communities with supervision; rehabilitation centres; tea houses; advisory centres; short-term sleeping accommodation and employment offers; therapy centres for addicts etc.

The Korean Homeless Team is managed by the street paper Big Issue South Korea, a social enterprise that is part of international street paper network The Big Issue. One of the enterprise’s permanent activities is street football, titled The Homeless Healthy Football League. Its impact is two-fold. It encourages homeless people to regularly exercise and therefore lead a healthy lifestyle. It also raises awareness about homelessness and shows people in Korea that homeless people can play football, and consequently work and live just like any ordinary person.

Project WeHOPE, a homeless non-profit in San Mateo, California, is crowdfunding a new type of facility for its clients: a customized trailer that comes with showers, a washer/dryer, and bathrooms. The trailer has an accessible ramp, a small hydraulic lift for wheelchairs, and its own tank for grey water collection. Once it’s built, WeHOPE plans to take the trailer to encampments in the San Mateo area, including in Half Moon Bay where many homeless migrant workers live on the beach.

Established in 1984 in northeastern Australia, Crystal Waters was the world’s first permaculture village. In a region plagued by drought, these 200 residents have created a small Oasis using intricate networks of dams, channels, and rainwater into thriving streams and lakes. It’s very common to see the local wildlife of kangaroos and wallabies hop by. Residents enjoy their own bakery, community center, and a quaint monthly country market. Crystal Waters Website

When tackling homelessness, we always have in mind the need of fully understanding someone ́s whole story so we can fix the root of the problem instead of only dealing with its symptoms. Therefore, there ́s a multidimensional approach when making a diagnosis of a situation. A relationship between a case manager and a homeless person grows stronger as life projects with concepts as inclusion and empowerment in mind are drawn. With the right team and methodologies we will guide a person in need to a temporary accommodation while monitoring and developing his/her situation

Netherlands – Social Shelter for all

In the Social Shelter Action Plan policy document, the Dutch state defined the vulnerable people as people having psycho social problems, having different addictions and who are not able to look after their housing, income, social relations and self-maintenance. There are two phases of the Dutch approach. The focus in the first phase was on getting all the homeless of the streets, the second phase focusses on preventing people becoming homeless. 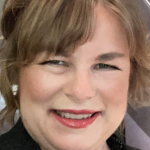